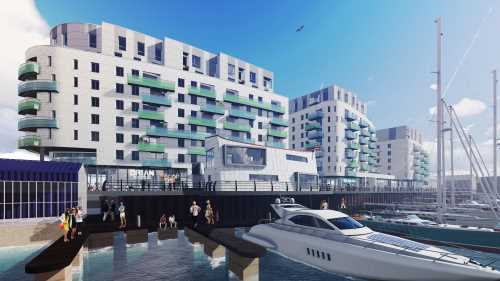 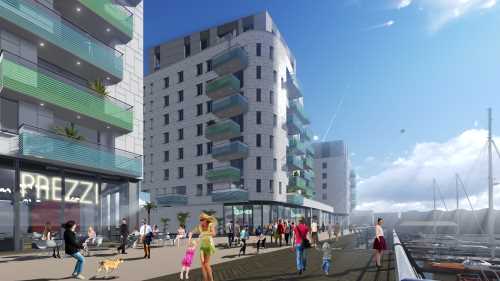 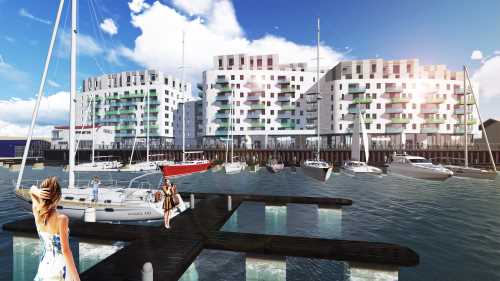 FDS Consult has provided a bespoke fire safety solution for the first phase of a £250 million mixed-use development in Brighton Marina.

Overseen by The West Quay Development Company Partnership, the site will include a total of 853 apartments and over 2,000m² of shops and leisure space. Phase one in a series of planned developments, the works will see the creation of a new landmark for the city.

Appointed to the project by contractors Midgard Limited, FDS Consult was tasked with justifying a number of design considerations while maximising safety for commercial spaces and 195 apartments. For instance, by enhancing the fire alarm system within a number of apartments, it was possible to mitigate the extended travel distances within the protected hallways.

While one of the residential buildings was initially set to include two staircases, FDS Consult was able to provide significant space and cost savings by reducing this to one staircase through the inclusion of mechanical smoke ventilation shafts in the building’s design. This justified the creation of extended travel distances, increasing the amount of saleable space available.

The retail units also presented a unique challenge from a fire design perspective. As the units are situated directly on the waterfront, access for fire fighting personnel could prove difficult. By working with Midgard’s landscape architects,FDS Consult was able to create a suitable means of access without compromising the architect’s original vision for the space.

Finally, the development includes a three level basement car park, introducing further complexities. Although a 1m² fire-rated duct would ordinarily be required to provide ventilation for the lobbies of the staircase and lifts of the residential cores, FDS Consult’s alternative design included the use of an enhanced car park ventilation system, which would protect the cores from smoke ingress. By providing this protection, the design justified the removal of ventilation for the lobbies, providing significant cost savings.

By utilising Computational Fluid Dynamics (CFD) Modelling, FDS Consult was able to demonstrate the effectiveness of its proposed designs while meeting all relevant British Standards and regulation documents.

Phase one of the development is expected to be handed over for occupation in 2016.

Type of project:
Mixed Use